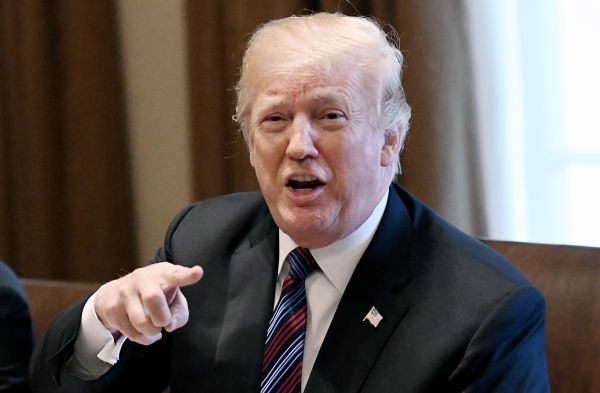 Today (Tuesday, April 3rd) President Trump had a working lunch with Baltic leaders, and allowed the cameras in for a while.  He spoke about MANY things, including the trade deficit with China, and the caravan of immigrants in Mexico.

“I spoke with Gen. Mattis, we’re going to do some things militarily, until we can have a wall and proper security — we’re going to be guarding our border with the military. That’s a big step,”

“We cannot have people flowing into our country illegally, disappearing, and by the way never showing up for court.”

I don’t know about you, but I am SOOOOO excited about this news!!!  Having the Military guard our border is EXACTLY what we need!!!  Can you imagine tanks lined up at the border, with a few Apache helicopters, and maybe a few fighter planes too??

I’m sure that the pundits will start screaming and whining that Trump is acting like a dictator… but it IS a matter of National Security, after all!  While the focus of the last few days has been about illegal immigration, the drugs coming across the southern border (mainly heroin and fentanyl) are a HUGE problem!  It’s killing millions of citizens and wrecking countless families.

We don’t have any details yet about exactly HOW the Military will guard the border yet… but you can watch President Trump’s working lunch with Baltic leaders (in which he makes the statement about our Military guarding our southern border) below.