In an announcement held outside the White House tonight, the South Korean national security advisor stated, “I told President Trump that in our meeting, North Korean leader Kim Jong-Un said he’s committed to denuclearization. He pledged that North Korea will refrain from any further nuclear or missile tests.”

Chung also stated, “President Trump appreciated the briefing and said he would meet Kim Jong-Un by May to achieve permanent denuclearization.”

The full video is below:

SO, Little Rocket Man will meet President Trump (the chess master himself) by May this year. Who would have thunk it.  It seems like it was just yesterday when the MSM was running around with their hair on fire, screaming that Trump was going to lead the entire world into nuclear war…. yet here we are, folks!  There has never been a sitting U.S. President to ACTUALLY meet the North Korean leader face to face before.  This. Is. Historic. 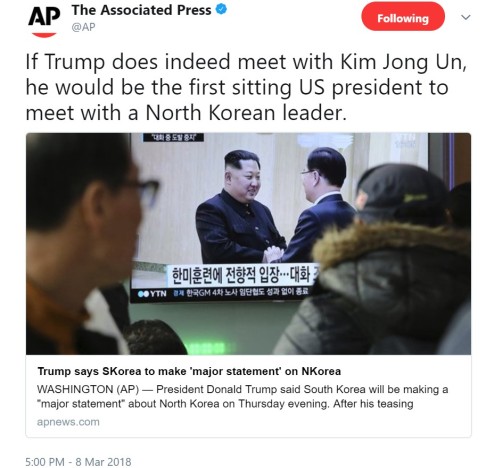 Now, let’s not be naive about this upcoming meeting.  This is a standard “stall” tactic by the North Korean regime, and we’ve seen this movie before.  But this time, the movie has a new director: TRUMP.  This movie also has new special effects producer too: Secretary of Defense, “Mad Dog” Mattis.  Those two things can NOT be underestimated.

According to a Fox News article,  Senior officials at the Pentagon said Thursday night that plans for President Trump to meet with North Korean dictator Kim Jong Un in May are “good news” that could mark a “potential breakthrough.”

“On North Korea, he has moved the needle more than any President before him. The proof will be in the pudding. But this is a breakthrough. It’s significant,” one defense official said.

Surely we can do better than the Nobel Peace Prize, when it comes to President Trump!  Hey, I’ve got an idea…  How about we let him build his big beautiful WALL, and engrave the word TRUMP in it?  I bet that would make him happy! 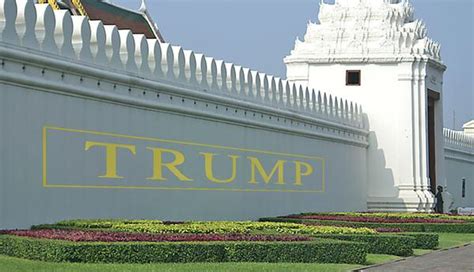