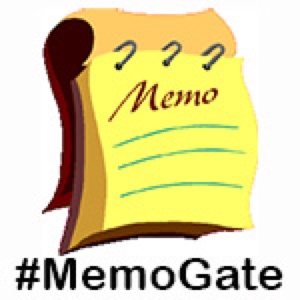 Exactly one week ago, the Republican House Intel Committee’s 4-page memo was released for public viewing. It was a Bombshell.  You can view the memo here. We learned many many things from it:

– The trashy un-verified Dossier created by Christopher Steele WAS in fact used to obtain FISA warrants against Carter Page, who was briefly involved in the Trump campaign, as a volunteer.

– According to Andrew McCabe’s testimony (behind closed doors), the Dossier was included in the FISA applications, because they would not have been able to obtain the FISA warrant without it. (Meaning, it would have been denied.)

– Also, the creator of the Dossier (Christopher Steele) gathered info FOR the Dossier, from the Russians.

– Info from the Russians (which made it into the Dossier) was then leaked to a reporter at Yahoo (Isikoff), who then published a story about the Dossier. This article was then added to the FISA application, as further proof that the made-up Dossier was somehow, someway, credible. (This is called circular reporting… and it’s a big no-no.)

– It was never disclosed to the FISA judge that the Dossier was paid for, by the DNC and Hillary Clinton campaign.

To summarize: We learned that the opposition party in a Presidential race, paid for false information from the Russians, to not only discredit the opposing party, but to obtain a wide ranging FISA warrant to SPY on their opponents. Yep. It happened. It actually happened.

The 4-page House Intel Committee’s memo was purposely written for public consumption, and took great lengths not to include any “sources or methods” that might jeopardize national security. The memo went through all the appropriate channels – it was available to the entire House for viewing for an entire week, and then voted on, and then went to the White House for review. The White House then took 5 days to have FBI (and other agencies) review it, among many lawyers, before releasing it for public viewing.

Adam Schiff (Minority chair, House Intel Committee) went full throttle insisting that HIS memo (which no one had seen yet) be released too. Not only had no one seen it in the House, it also had not been voted on yet to be released to the White House. The MSM went right along with this insistence, claiming that it was somehow obstruction of justice not to release it. They also somehow managed to claim that Devin Nunes (Majority Chair, House Intel Committee) was a Russian spy for releasing his 4 page memo (which made NO sense at all) – and they also somehow tried to claim that we were in a constitutional crisis at this point. ((Cough, cough)). The MSM and Democrats eventually settled in on their narrative that the 4-page memo was a big nothingburger.

After an exhausting weekend of the MSM working overtime to discredit the Nunes 4-page memo, the House Intel Committee met the following Monday, and voted to release the Democratic 10-page rebuttal memo to the White House. Unfortunately, it was quickly known that their 10-page memo was chock full of methods and sources… on purpose… to force the White House to redact much of it, setting up a false impression that the White House was being preferential and/or secretive in what it wanted the American People to know. The White House is going through the same process as before, letting the Intel agencies review it.

Meanwhile, the Senate Intel Committee released their OWN memo, which backed up the Nunes memo, in a big way. And that was BIG news, because they were written completely independently.  You can view the Senate memo here. This didn’t fit the MSM’s narrative at all. (Remember, the Nunes 4-page memo was a big nothingburger at this point.) Therefore, it went widely unreported in the MSM. You had to be REALLY paying attention, to other news sources, to even know it was released at all.

No now we’re caught up to today: Friday, Feb. 9th. At this exact point in time, the White House has had the Democratic 10-page memo chock full of sources and methods, for 5 days. It is expected to be released in some form, later today. More to come…

(Also to come: There has been significant developments in Adam Schiff’s meddling. Russian pranksters actually got him to believe that the Russians had naked Photos of Trump. He bought it hook line and sinker. This story is still developing…)

(Also to come: Mark Warner was caught (via his texts) trying to contact Christopher Steele, via the Russians, but explicitly stated he didn’t want a paper trail. This story is still developing too…)